CTPF Board of Trustees Remember and Honor Karen Lewis 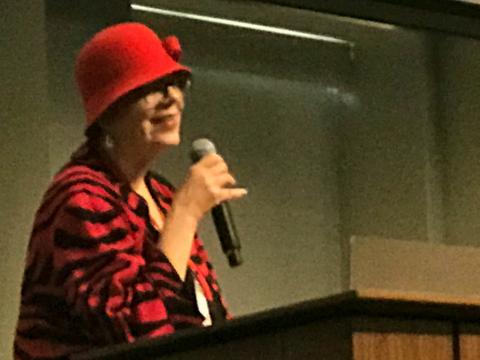 During their February 9, 2021, meeting CTPF Trustees observed a moment of silence and honored the memory of CTPF member and Chicago Teachers Union President Emerita Karen G.J. Lewis. Mrs. Lewis passed away on Sunday, February 7, 2021, after an extended battle with brain cancer. She was 67 years old.

Born in Chicago, Mrs. Lewis attended Kozminski Elementary School and Kenwood High School, until accepting early admission at Mount Holyoke College. She later transferred to Dartmouth College, where she earned the distinction of being the only African American woman in the class of 1974. Mrs. Lewis taught high school chemistry in the Chicago Public Schools (CPS) for 22 years, and was a National Board Certified Teacher.

While her excellence and love for her profession were well known, Mrs. Lewis was a born leader who was a force in the education and labor sector and changed the trajectory of education reform in Chicago, setting an example for others to follow nationwide. She served the CTU as a member of the House of Delegates, High School Functional Vice President and as a member of the Illinois State Certification Board. Among her many accomplishments, Mrs. Lewis was elected president of the Chicago Teachers Union (CTU) in 2010 and served as President until 2018. She received numerous awards and recognitions for her relentless fight for education equity and giving Chicago’s students the schools they deserve. Mrs. Lewis was a national figure, having served as vice president of the American Federation of Teachers, and in 2010, she was elected executive vice president to the Illinois Federation of Teachers. She was presented with a Doctorate of Humane Letters from the National Labor College and from her Alma Mater Mt. Holyoke College.

President Jeffery Blackwell said, “Karen was the definition of a champion for education, students, teachers, and families – but for me personally, she was a friend – and the reason that I ran for the Board of Trustees. We will all miss her terribly and we have suffered a great loss. Our sympathy and prayers go out to her husband John W. Lewis and her family.”

The Chicago Teachers Union stated in a press release, “Mrs. Lewis worked tirelessly to foster excellence in the teaching and learning experience; guard against opportunistic self-interest groups who would eradicate public education; advocate for equal quality education for all students; and protect the rights of educators throughout the state of Illinois.” She believed that “students, parents, teachers and community members are educators’ natural allies.”