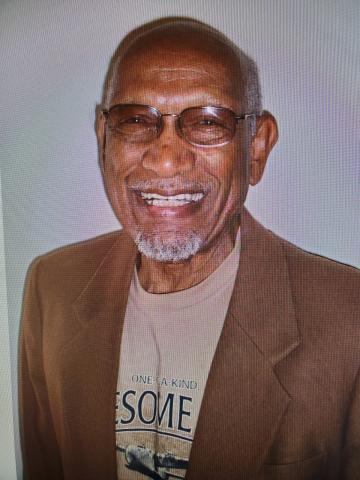 After teaching language arts, math, and social studies for several decades at Chicago Public Schools, Charles B. Lewis retired in 1986. While at first, retirement seemed daunting to Charles. He missed the day-to-day routine that came with teaching in the classroom. After a short transition period, he fully embraced the freedom that comes with retirement and having the ability to control how he spent his time and energy.

Upon retirement, Charles picked up hobbies, held part-time jobs, and volunteered. He learned how to be proficient at table tennis, bowling, and playing the organ. He even won trophies and contests for these newfound talents. Part-time work provided him with predictability in his day, supplemented his income, and came with some perks. Some of the jobs included driving a bus for CTA during the summer, working as a clerk at Service Merchandise, and working at O’Hare Airport helping kids who had flight layovers. That particular job allowed him to travel extensively. Since he did not have to worry about the limits of vacation time, he took extended vacations to places like Hawaii and enjoyed cruises to Mexico, Jamaica, and more. He also gave back to others by taking seniors shopping and doctor appointments.

Tired of the noise in the city and exhausted from the cold weather, he and his wife of 47 years moved to Las Vegas, Nevada. He quickly connected with people of all ages and continued to stay active with hobbies, jobs, and volunteering. A natural teacher, he used his hard-earned wisdom, experience, and love of his religion to teach others. He published his first book, available on Amazon, in February 2020, “Give Me This Day.”

At the young age of 95, Charles has slowed down (slightly). He still enjoys traveling, swimming, and weekly pool games with neighbors. He hopes that other retirees recognize that “you do not have to pick just one thing to do in retirement. Do the things that you love and share them with the people you like to be with.”