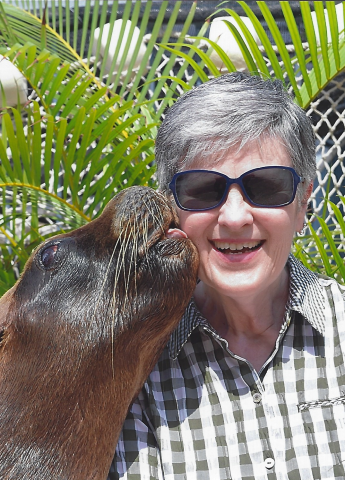 Former Chicago Public School (CPS) teacher and principal, Diane Maciejewski, developed a love for writing at age 11 when she published her first poem in a national student anthology. Writing became a lifelong passion of Diane’s and constantly nudged at her in high school as she wrote for her school yearbook and co-edited her school newspaper. Her passion took a backseat as she went through college and started her 34-year career with CPS.

Diane began her career in 1972 at Michelle Clark Middle School, where she taught for eight years. After taking study leave to complete her doctorate in Public Policy Analysis, Education Administration, she taught at the Andrew Jackson Language Academy from 1982-1987. She then took on the role of principal at Edgebrook School and remained in the role until 2006, when she retired.

Throughout the first five years of her retirement, Diane cared for her parents. During this time, her longing to become a writer returned with even more force, and within a few years, she decided to embrace it. Diane began attending writing workshops, seminars, and retreats. She spent hours and hours writing and rewriting poems, flash fiction, personal essays, and short stories that she submitted to contests and various publications. After several years of working diligently to achieve her dream, she compiled and published a collection of her work called Tangerine Trees.

Following her first publication, Diane ventured into novel writing. This meant hours of brainstorming, developing characters, outlining plots and subplots, editing and finally, proofing. When all was said and done, Diane adopted a pen name and published her first historical romance novel, A Change of Heart by Diane Macey, available on Amazon.

Although Diane has kept busy with her writing career, she makes time to follow her other passions, line dancing and traveling. She line dances twice a week and enjoys learning new dance patterns to a variety of music, including Latin, country and rock and roll. Prior to COVID lockdowns, Diane spent time traveling the world, visiting places like Alaska, Italy, the Caribbean, and more.

Falling back on her education background, Diane also designed and implemented a mentoring program at Elgin Community College through the Purses with Purpose Program, a giving circle that embraces the vision that all women who seek postsecondary education have the resources needed to support their commitment.

As she continues to stay engaged and involved during retirement, Diane focuses most of her attention on writing. Her second novel, Journey to Love, will be published before this summer and a third book is in the works.

Instead of retreating from life during her retirement years, Diane redefined herself. Although she is proud of her career and cherishes her time at CPS, she no longer considers herself a teacher, principal or even a caregiver. She calls herself a writer and celebrates a dream come true.